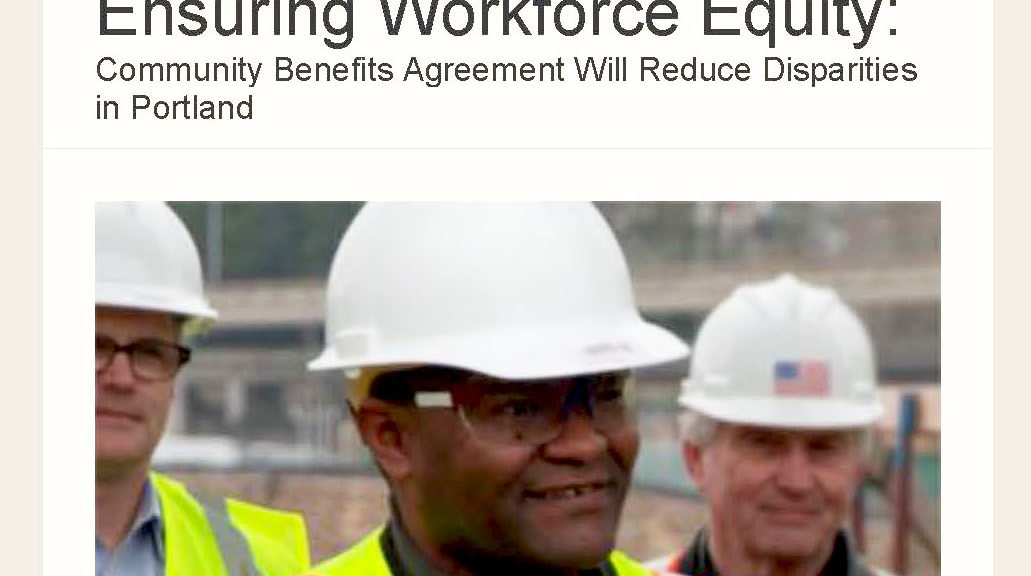 One of the Biggest Lies Sam Adams ever told

On this Labor Day weekend, I could not resist discussing an ongoing controversy. For me, it is a long-standing attempt on the part of construction unions to deceive the general public about their continued lack of black people in their ranks at all levels. The deception comes when they try to convince public officials that they are just as progressive as the employee unions in achieving diversity. They have tried to align them with organizations like SEIU, Postal and auto maker unions. But contrary to the employee unions, their record of including black people locally and nationally is horrible.

What’s even more insidious is their successful effort over the last several years to get government agencies and union dependent politicians to institute gimmicks called Project Labor Agreements (PLAs or the misnomer, Community Benefit Agreements (CBAs). They have even infiltrated and deceived community-based organizations like the Urban League. Tragically they have used their considerable resources to compromise black newspapers, stack boards, and commissions with union lackeys. Wait there’s more; they have gone so far as to hire black union pimps to hustle us at black events and community gatherings.

They accuse me of being anti-union but they are wrong. I am just pro-black. And they can shut my month by just including commensurate numbers of blacks in the trades at all levels.