I have to confess I am an old man now but I am still intrigued by the gap in generations and approaches to the “Struggle”. One thing for sure is that today’s young people are not having it the way OG’s have been laying it down. But the tension has always been there between the cause for “good trouble”, and peaceful activist, ala John Lewis, versus the Stokely Carmichaels (Kwame Ture) revolutionary wing.

Thank Ahijamu Umi for the above  FB informative link. Of course, this brings a focus on the difference between the expression of the black struggle via BLM and the old guard NAACP agenda. The truth is, there is some crossover between the two. I ain’t going to lie, I have always favored the Stokely continent but respected the John Lewis courage aspect. Right now, it is completely different locally. In Portland, I truly love the young people today mirroring the Stokely activism of yesterday. See Julia Wallace https://www.youtube.com/watch?v=QGkwWdLCBjU. I am particularly sickened by the scoundrel’s leadership of the local Portland branch of the NAACP. Again, here are my words in response to a FB post by Askari:

Here in Portland, I hear rumblings from some self proclaimed Black leaders that the BLM protest is being hijacked by white folks.

I use the words self proclaimed, because, it’s difficult to know who truly represent Black folks here in Oregon. Here’s my take.

BLM has invited the whole world to get involved with its movement. It has invited people of all colors to step up and get involved. However, here in Portland, our Black leadership has missed the mark, and that is, the building of allies. Any social movement of this sorts need ALLIES. That we know for sho. Complaining don’t make sense when your house is on fire.

What I’m hearing from young, Black, protesters, is, “Portland’s old heads are outta step, and, outta time.” They seek the wisdom of their Elders, but, it ain’t goin down like that. We gotta do better y’all, because, we know better. Until next time y’all.

And this is my response:

You had to ASK. My daughters often tell me I don’t have to respond to everything and everybody but this subject is too serious to be silent.

Hijackers should be careful accusing others of hijacking. And those who live in glass houses ought not to throw stones. But in the case of appointed leaders who have appropriated their title and have made a mockery of the historic organization they head; their words are particularly despicable. They have not earned any respect from anybody and practice every day the same behavior they want you to believe the organization opposes. It is the most explicit mixture of good with evil. Demanding justice while practicing injustice within their own house. False leadership demanding transparency of the wide world while trying to hide every dishonest deed inhouse. Railing against violence in public while practicing warfare among their close to home constituents. Creating havoc in their interactions and organizational responsibilities while screaming and pleading for reconciliation and collaboration in public. Self-appointed black leaders feeding their narcissistic tendency will use every platform to draw attention to themselves and use every opportunity to ambulance chase every issue adversely impacting black people. It is clear they covet every opportunity to caress a camera, seek a media headlines, and I dare say are willing to create and embellish a crisis. And while some aspects of their description of events and explanation may be valid and true, their motives, focus, and intentions are enormously harmful because it’s mostly about self-aggrandizement and not the black community.

These appropriated leaders often live double lives and have more in the closets than skeletons. Everyday people like you I should vet the character of all those who claim they represent black people. Maybe we will never again have an opportunity to build partnerships and relationships with decent and honorable people of every race and class. But if we continue to let dishonorable carpetbaggers carry our water, we will all die of thrust without real solutions. Speaking out of both sides of the mouth, taking hypocrisy to new levels of degradation, modeling behavior in private that is borderline criminal. Surely black people will not continue to follow a self-proclaimed leader carrying this sort of reputation. Do something about it. Join the organization and vote his ass out in the next election Fall of 2020. 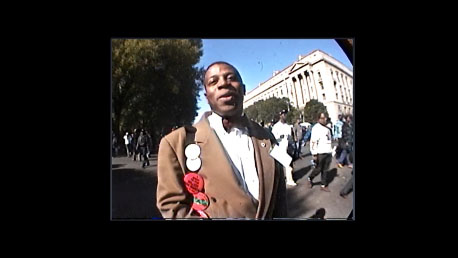 I have a range of emotions about the current events of today, but you all know I have to get my voice out. In all this commotion about Portland and the Black Lives Matter movement, I want to focus us back on an event that helps frame the context. On October 16, 1995, I filmed segments of the Million Man March in Washington DC. It was one of the most inspiring events in my 75-year life span on this earth. It was beautiful beyond my wildest expectation. And because of all the chaos experienced on the streets of Portland daily, I wanted to point out, in contrast, the beautiful assembly of over a million black men more than a decade ago. And to note that contrary to popular perceptions, black men are the most peaceful species on the planet. When are we going to acknowledge that?

Please anybody who attended that event please see my short Youtube video. Believe it or not, Joyce Harris was there, Anthony and Freddie Polk were there and many more including O.B. Hill and Baruti Artharee. Please if you want to see something uplifting and inspiring, exposing the real character of black men, view this short version of that event:

Youtube.com/watch?v=3xJSSYcTd9o.  Share it with your white friends who want to see who George Floyd is. And why it was not necessary to put a knee on his neck.

Hit me black and let me know what you think. 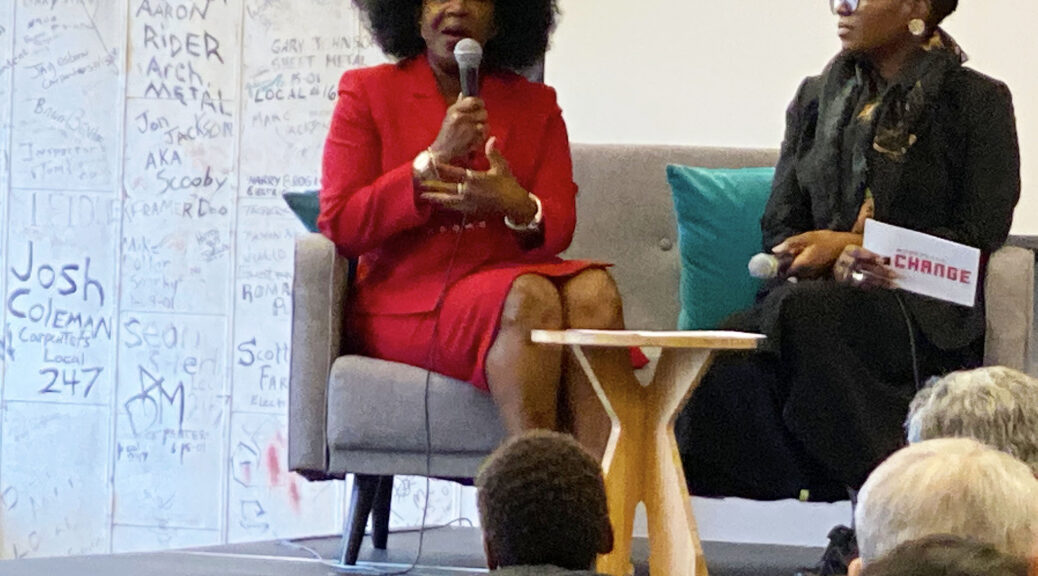 Can we take Action? We have a serious warrior in our city who is bold, intentional and unapologetically willing to speak truth to power, to raise up black people. Can we join her and take action?