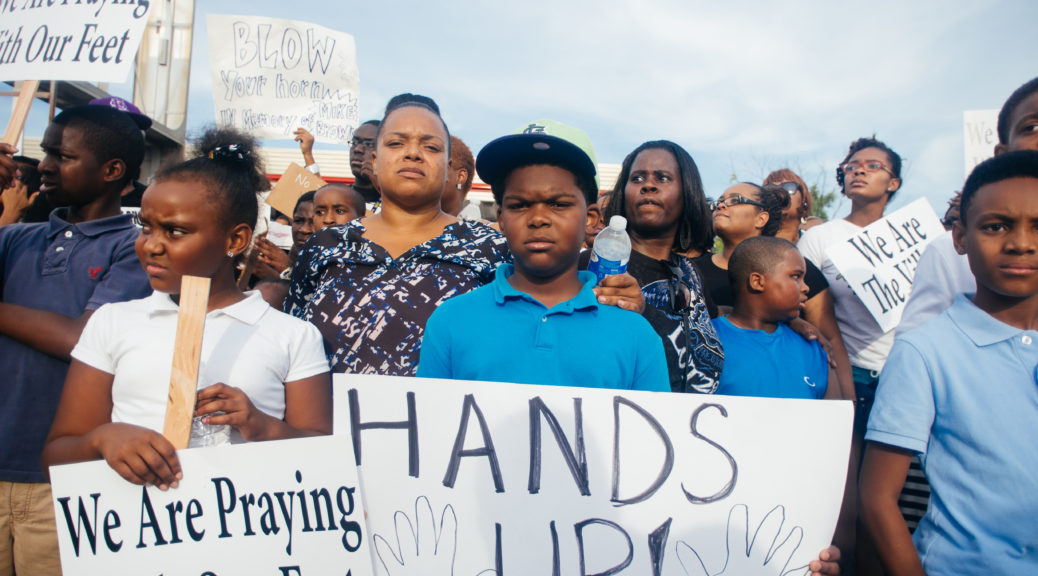 It seems like we have been marching and demonstrating forever in Portland.  Indeed, during the civil right movement, one veteran demonstrator captured the feeling accurately in thought, saying, “I’m sick and tired of being sick and tired”.

No one is sure that the local power structure gets it, but it is clear that there is not the urgency of action necessary to effectively deal with many conditions in Portland that so accurately mirror those in Ferguson, MO. The festering issues of racial profiling, gentrification, job and housing discrimination are acutely similar to Ferguson. What is even more frighting is the fact that some of our elected leaders seem to be gravitating towards a repeat of the mistakes of the past: positioning the ambulance at the bottom of the cliff instead of building the necessary barricades at the top.

We all know that Portland is weird, but when it comes to black issues, it’s very predictable. The solution process will encompass the following. Financial resources will be limited and not commiserate to the scale of the problem. Bureaucrats will engage in an arduous process to determine what they already know. Next, they will package tenuous actions into a social context and hand off implementation to those with limited experience and success in practice. All in all, we’ve seen this movie before. Our public officials must move away from this tragic approach.

What should Portland do?

As a first step, Portland should immediately find the dollars to increase by 50% the budgets of those programs that effectively serve blacks and black males in particular. Organizations such as the Portland Opportunity Industrial Center (POIC), the Urban League, Black Parent Initiative (BPI), and Self- Enhancement Inc. (SEI) are among several long standing service-delivery organizations in need of greater support.

In addition, Portland should immediately fund emerging new support programs that have the capacity and potential of increasing the long term economic foundation for black males. The City should also financially embrace Brothaman Tech Incubator because of its grass roots ability to work with black males in the high tech arena. The Coalition of Black Men, NAMCO, MCIP, NAACP and Michael Grice’s World Arts Foundation are community based organizations among others that should be financially supported by the City as they demonstrate effective support for black males.

Closing the achievement gaps has to be more than words. Stop the red lining, gentrification and job, business and housing discrimination. Portland’s elected leaders should stop ignoring the social economic harm cause by decades of neglect and indifference and develop compensatory programs to establish equity and parity outcomes.

Furthermore, city officials must now and forever stop asking black Portland leaders to volunteer their services at no change. Community members need to get paid for all the time and energy they give to cleaning up the messes that the police and incompetent bureaucrats make. Dr. Haynes, Rev. Bethel, Dan Handelman and JoAnn Hardesty, through the Albina Ministerial Alliance, should be funded to hire a neighborhood “peace officer “liaison who works for the Alliance and reports directly to the Mayor. This position would essentially police the police and build community trust. The overall goal should be to establish a climate of partnership rather than adversity.  Here are some other ideas just waiting to be developed and implemented:

2 thoughts on “In the wake of Ferguson, can Portland avoid the mistake of acting too little too late?”