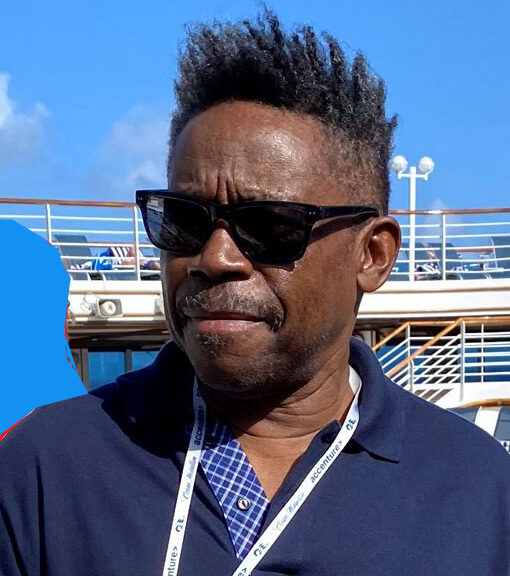 I can deal with it when known racist work against us but it is hard when our own people try to sabotage our progress intentional or not.

OP-ED: 2016 election comments are not about being ethnically inclusive

I for one am not surprised by the content of the Op-Ed in the Nov. 16 Daily Journal of Commerce in which Mike Salsgiver, the executive director of Associated General Contractors’ Oregon-Columbia chapter (AGC) celebrated the silent majority’s votes in the national election. The truth is that Mike and his cohorts have never actually been silent. They have screamed their positions through their policies of exclusion, indifference and outright, i.e., ‘alt-right,’ opposition to minorities and other nonwhite-male exclusion on contracts for jobs in Oregon’s highly-profitable construction industry.

The recent election has emboldened him and others like him to embrace these discriminatory and racist practices further. Some of us think they can now take the sheets out of the closets. All one has to do is review the many studies that have shown for decades that minorities shared next to nothing economically on Oregon construction projects. It’s an embarrassment that rivals only the election of Donald Trump.

But as Salsgiver unknowingly said, this is not the first time the country has retrenched. I also remember the Reagan revolution over 50 years ago, which I believe worked feverishly to contain and eliminate racial progress envisioned by the 1964 Civil Rights Act. Among other efforts made by the Reagan administration, blacks and other minorities got shortchanged by the appointment of Supreme Court justices who shared Salsgiver’s notion of the nation going in the wrong direction. And indeed he’s right about one thing: There is an ill wind blowing in America as whites all across the country are moving to protect their left and right flanks.

All the talk about the blackening and browning of America has translated into fear of the inevitable. It’s a call for all hands on deck to protect the myth of white supremacy. Surely this is history repeating itself. That’s why it was so easy for Salsgiver to talk about the winning candidate’s knock on the media and the Washington establishment while ignoring Trump’s flirtation with white nationalists, his assault on Muslims and other minorities and his many other inflammatory statements. It appears Mike, like his presidential choice, is willing to sell his soul to his white constituents to gain and retain power, like in an ugly episode of the “Game of Thrones.”

As for opinions that Oregon is bucking national trends, the Democrats articulated a lot of rhetoric about diversity and inclusion. But the record is clear: they have not done much better than their Republican counterparts in fostering serious economic inclusion for minorities. As well, it has been reported that white women voted for Donald Trump in overwhelming numbers. As well they should because it is only rational. The fact is they, along with their white male counterparts, are the primary beneficiaries of white privilege, their gender notwithstanding. Hence, look no further at who is benefiting from Oregon’s Disadvantaged Business Enterprise (DBE) programs.

Across the country, white people, regardless of party affiliation or gender, are closing ranks against what they perceive as the onslaught of people of color taking over. Salsgiver will never concede that blacks have never had an economic recovery and continue to live with economic conditions inherited from slavery and the Jim Crow era. The plight of blacks’ economic depravity in America is not in most whites’ consciousness. That’s why despite the fact that white Democrats controlled most of Oregon’s governance for decades, black Oregonians continue to sink further into economic despair. This factor represents the highest level of government imbalance, but it is unlikely that organizations like AGC will ever voice these sentiments.

However, what Salsgiver is not discussing in the defeat of Measure 97 is the resistance on the part of the white, rich and powerful to any change in the status quo. Those with power and money want to keep things that way, and they will not tolerate any encroachment.

On the other hand, AGC lauds its support of Measure 98, which is a commonsense measure promising to benefit all Oregonians. What is not said is that Oregon has had a consistent history of excluding people of color from all efforts to train and develop workers, especially in the construction trades. We have no reason to believe it will be any different with the passing of Measure 98. Keep an eye on AGC to see if it will advocate addressing the disparities in the complexion of those being trained for Oregon’s future workforce under Measure 98. We can only hope they will because this is one area where minorities and AGC are potentially on the same page.

We are also potentially on the same page with the prospects of massive infrastructure spending, under Republicans, but only if the formula changes from the disgusting statistics that nearly 0 percent of all the contracts go to blacks and other minorities while 99.5 percent of all contracts go to whites. AGC never speaks about this imbalance in government.

Don’t be fooled. AGC and its cohorts have always had at least one hand on the steering wheel. Backed by big money, they continue to initiate and support many policies that are anti-minority and that have driven people of color into the ditch. They’ve cloaked it well over the last several years, but with the advent of the Donald Trump victory, they are willing to show their true colors. If we can believe history, the ride is about to get bumpier for minorities under a Trump- supported, Salsgiver/AGC administration.

A previous version of this column misidentified the company that James Posey previously owned. He is the former owner of Work Horse Construction.

(Editor’s note: The Op-Ed piece referred to in this guest commentary is a Buildings, Bridges & Roads column written by AGC Oregon-Columbia Executive Director Mike Salsgiver that was posted on DJCOregon.com on Nov. 15. The Salsgiver column also appeared on page 5 of the Nov. 16 print edition of the DJC newspaper.)

To submit a guest commentary, contact DJC Editor Stephanie Basalyga at 503-802-7222 or at sbasalyga@djcOregon.com.