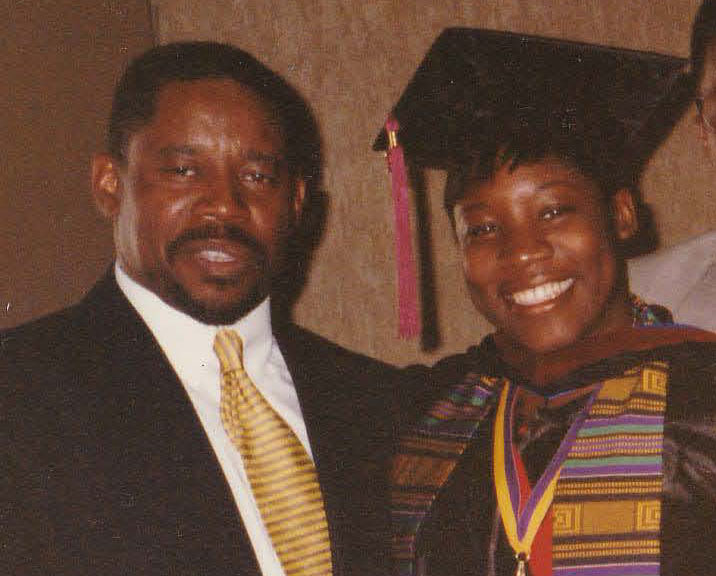 The numbers are still shockingly bad in 2019

I needed to share this article written back in the day speaking to a condition known decades ago,  but still afflicting blacks today, especially in Portland Oregon. My beautiful daughter Leesha was the inspiration and to note that she is currently doing quite well despite my stated concern back then. The article goes like this:

Killing Us By The Numbers

A few weeks ago my daughter, who’s attending college in Alabama, informed me that she got a “D” in her calculus class. After trying to cheer me up by explaining how great she did in the rest of her classes, she knew I would not easily get over this disappointment.

I’m disappointed because I have this great sense that Black people’s inability to deal with mathematics is killing them as surely as the rampaging use of crack cocaine. Our lack of understanding and appreciation for how it affects our daily lives is devastating. There is no question that African Americans continue to receive second class education in all areas. But to continue to allow ourselves to be deficient in this critical, life sustaining subject is nothing short of suicide.

But you don’t have to be a mathematical genius to see the handwriting on the wall. Math is the underlying foundation for nearly every activity in life. So it’s not so surprising as tragic that the numbers don’t look good for us in virtually every category. Just check out one of the few good works laying out numbers on Blacks life, the National Urban League’s annual status report,

“The State of Black America.” This report illustrates, in most cases by simple arithmetic, the fact that African Americans ain’t doing so good.

In economic terms, we seem to have a particular problem with addition and multiplications, and by default, are inclined to accept subtractions and division.  For example, over the last 10 years, Blacks, in comparison to whites and other minorities, have not gained in overall capital investments, in such areas as real estate or increased earning capacity. Yet, during the same period, we have lost ground in the number of Black corporate executives, as well as the number of minorities living above the poverty line.

Even closer to home, just check out the state of Black education in Portland. I’m surely no expert, but it should be abundantly clear that there is a direct correlation between how much money one can make and keep to invest and how extensive one’s use of math skills are in their chosen career field or personal life. For example, consider the area high schools and the major subjects taught at each. Benson HS, accordingly, is recognized as a magnet in the technical sector, electronics, and medical careers while Cleveland HS is a magnet school for business careers.

Now if you know in which schools Blacks are clustered, you have some idea as to the specialty fields they primary teach and promote. As I did, evaluate each school’s subject specialty in terms of approximately how many jobs are available in the range of careers and identify the average beginning salary or pay in today market place. There’s nothing scientific about this, but as I see it, the career prospects for Black youth as a group in this town are real scary.

Not only are the higher paying careers based on the use of math skills, they also have the better prospects for future long-term employment. In other words, people who have good math skills can almost always get a job or be trained for a better one.

And it’s not just about jobs. The conditioning of Blacks to avoid competencies in mathematics is used to economically oppress and deny Blacks opportunities all over the place. As Malcolm said we’ve been “had, hoodwinked, bamboozled”. Blacks in disproportionate numbers to the rest of population are subjected to all manner of fraud and manipulation by the numbers.

That why The Oregonian can write a glowing editorial about how well the Blazer Arena project has remodeled by using minority contractors and employees without really checking out what’s really behind the numbers. Who is likely to challenge them, not to mention the powerful Blazer organization? Surely, not those Blacks who are most adversely affected, in part because they are less likely to understand the convoluted statistics.

Speaking of newspapers, a few weeks ago Angela Wilson at The Skanner chastised me for playing what she called the “numbers game” in one of my articles about Black fronts. She basically inferred that it did not make a difference whether or not a business is 51% or a 100% owned by Blacks if neither were contributing back to the community. Well, of course, no one could argue against that assertion. I hope Angela will come to realize that this not a numbers game. But it is about numbers. I hope she will take time to study the correlation between the percentage of ownership of a business owned by a minority and their practices of contributing back. Here again, the numbers will speak for themselves.

Some Blacks don’t have the necessary math background to formulate their own bids or to make the critical calculations to run their own businesses. They become overly dependent on other groups that have higher math and other educational proficiency. This dependency makes it easy to justify fronting and all manner of compromising positions. You can apply this dependency to nearly every facet of Black life and realize the scope of the problem.

Yes, it is about the numbers, both quantity, and quality, and without them, we are dead.