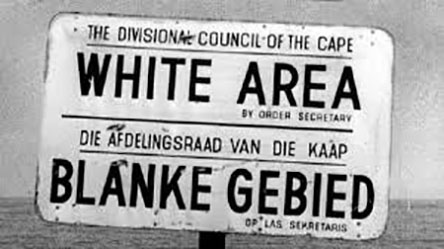 I got a random call tonight from Sam Adams’ campaign representing themselves as union activists. I could tell they got my name from some Democratic solicitation list. Little did they know that I am one of those who has been trying to expose the construction union’s grip on the local political process as government imposed economic apartheid.

It makes good sense to me why they would be supporting Sam Adams. Under the Vera Katz/Sam Adams administrations, they were successful in denying full participation of black workers and tradespersons across the construction crafts for the last several decades. And it’s continuing under previous and current administrations. Don’t take my word for it, look up the data. Sam was the master architect behind so many policies and practices at the City that preached diversity and inclusion but to the union’s delight, went nowhere. They have over several years maintained an almost all-white male union workforce. If that’s not economic apartheid, I don’t know what is.

If they can get Sam on the City Council, the construction unions are assured of at least one vote maintaining the white male status quo while giving diversity and inclusion lip service as a disguising cover. It’s no accident that Sam has chosen the weakest candidate to challenge for a council seat. You can believe he is consulting with these racist unions.

Please don’t lump the construction unions in with the broad range of good union activity.