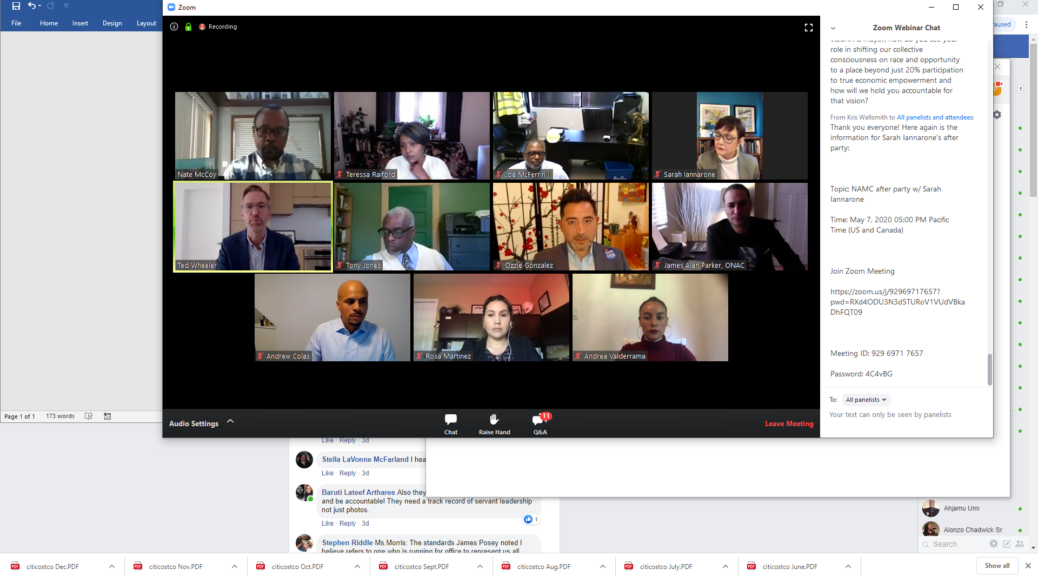 Watching the NAMC-Oregon debate this evening, it comes increasingly clear that our current Mayor thinks he is in the groove and is making all the right moves. But he is so wrong. He reels off a series of committees he’s stood up and I have participated with a few of them. For the most part, they are all spinning their wheels and going nowhere. I think he has good intentions, but he doesn’t have a clue.

I was leaning toward Ozzie but I can tell he is on the wrong track with his affiliation with OAME and the talk about this new Black Chamber of Commerce fostered by E.D. Mondaine and the local branch of  the NAACP.  These are both bogus organizations meeting no one’s needs but their founders.  This makes me think he”s like Ted and easily snookered.

I liked Teressa’s emphasis on Reparations but I am not confident she could implement anything she is proposing.

I really liked Sarah’s emphasis on planning and bench marking. I think she genuinely captured the way to move the needle and is competent enough to get the job done. I was impressed.