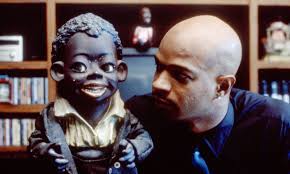 Black folks let me be clear. If you for vote Earl Blumenauer or Sam Adams you are voting for a politician who have reigned over your demise and the co-polictians who endorse them are co-enablers. I am calling out JoAnn Hardesty who knows Earl ain’t done Sh*t and knows Sam Adams has played the black community like a fiddle. Mayor Wheeler who JoAnn endorsed, I thought was going to be different, but has very poor discernment about the black community and keeps aligning himself with dis-honest characters who are yes people for his agenda. He plays to our community’s greatest weakness and is always looking for “Yes People” to back his halfhearted attempts to address issues in our community.  He is weak like his predecessor Charlie “Weak Ass” Hales. Do yourself and our community a favor and don’t vote for any of these people. Vote for anybody else. Hit me up on my Blog .”BPAreport.com” if you want my recommendations for this election….