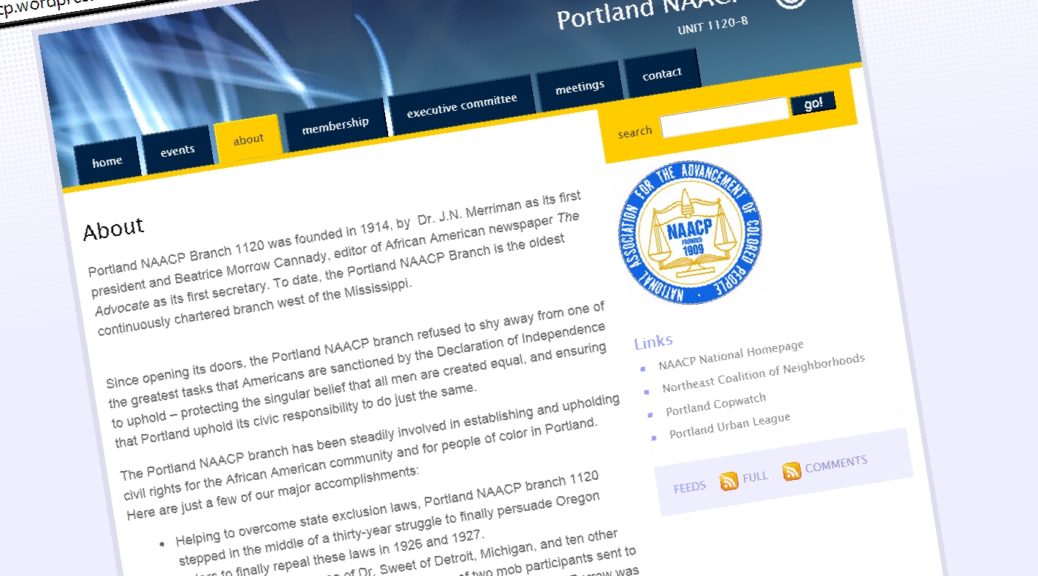 Following a membership vote on Saturday, November 15, 2014, and subsequent certification by the Elections Supervisory Committee, Portland’s NAACP Chapter 1120B will have new leadership. Jo Ann
Hardesty was elected President. James Posey will serve as 1st Vice President. Their two-year terms begin in January.

A long-time civil rights leader, Hardesty is a former three-term Oregon Representative, and former Executive Director of Oregon Action. Currently, she leads the above training and organizational
development consultancy, produces Voices from the Edge on KBOO-FM, and is a Board Member serving two nonprofits: the Avel Gordly Center for Healing and Human Solutions.

“I am humbled by the faith the Chapter has placed in me, to lead our efforts during this historic time. This year marks the 100th anniversary of the NAACP Portland Chapter, and the need for this civil rights organization is as pressing today as it was a century ago.” says Hardesty.

“I am pleased and proud to be on a slate of newly elected NAACP officers, lead by JoAnn Hardesty. On behalf of Portland and our nation, I look forward to nothing but success as we fulfill the great mission and purpose of this esteemed organization,” says Posey.