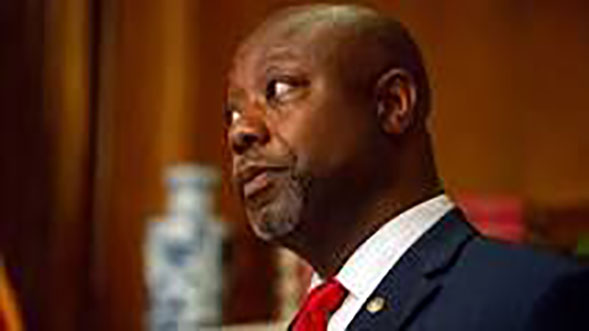 Like Tim Scott, there’s a New generation of Gate Keepers on the scene in Portland It seems that the more things change, the more they stay the same. I’d like to think that I have a historical lens and can see why things in Black Portland haven’t changed much or for the better in the last 40 years. One aspect of this sad situation stands out above all others and that is the evolution of the white-infused Black gatekeepers. Generationally, I guess I was hoping they would organically die out. But to my dismay, they have flourished across those broad boundaries.

These gatekeepers have been paid by white people to tell us that it ain’t all that bad and that they are working on changing it. And we should just look on the good side and count our blessings. For years these folks have been providing a false platform to give the impression that there is significant progress when in fact, there has been little. This circumstance is especially true for the masses of Blacks living in Portland. Now we have new black gatekeepers working surreptitiously on the part of white developers and newly arrived environmentalists scheming to impose a new vision that is ultimately designed to disenfranchise Black people again. In some cases, it might not be intentional but the results are the same.

The situation is reminiscent of the house Negro, the ‘field nigger’ dichotomy from slavery. These new-age house Negroes are constantly telling us, “the massa is OK”. What’s new and frightening about this whole NHN phenomenon is that they are even actively organizing others to misdirect us. They dare to criticize other Blacks for using social media to lay out their grievances and express their opinions. Hypocritically, on the other hand, they are willing to use social media to present grandiose visions and lie about the ultimate beneficiaries of their proposed visions.

So who ordained and endowed them with the special privileges to be the arbitrators of Black thought and disposition? Those self-aggrandize, self-serving operatives ought to shut up because if they haven’t already noticed, Black folks still have the highest unemployment, school dropout and incarceration rate, the lowest home and business ownership rate, and the highest health and wealth disparities rate than any other racial group. Indeed, the list just goes on.

While intent on establishing credibility among most Blacks by throwing out these illusionary visions and success bones, please note that these same NHN are equally engaged in discouraging any justifiable dissent. They rather we cover up the mess rather than expose it. They are constantly selling and pitching this utopian notion that we are on a path towards reconciliation and offering the “….. can’t we all just get along” BS.

There is a not-so-subtle attempt to fanaticize and romanticize current Black achievement and historical progress. But when put up against any white success, progress, and achievement, everybody knows we are way behind and have a profound right to be alarmed. But we can’t just be alarmed, we have to take action by any means necessary. We can’t be lulled to sleep by these compromising NHN’s, because like their predecessors, no matter what they say or claim, ultimately they mean you no good and are working at the behest of their “Masters.” Their actions are designed to assure no change in the status quo for us for another 240 years.

There are some distinct characteristics of these legendary Black gatekeepers to keep in mind:

Hence, we should all beware of those who want to chastise and choke off Black dissent for the sake of Black unity and white acceptance. No more preaching pie in the sky while we wither on the vine. They are despicable and are perpetuating a façade dedicated to our demise. and overall, this is an affront to our economic survival and self-determination.

3 thoughts on “Like Senator Tim Scott, Portland has its own brand of Gate Keepers.”