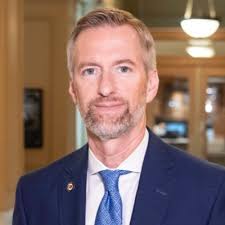 This action has clinched my decision not to vote for Ted Wheeler. “He can be bullied” and with his weak ass, he let Chief Resch be the sacrificial lamb for the stupid mistakes made by the police. He is the police commissioner and the buck stops with him. It is downright pitiful to watch him capitulate to JoAnn who is lending him her backbone.

With regards to the new Chief Lovell, who I don’t know, but I know he is being set up. Does anybody believe that he will not be undermined by all those senior officers he passed over to get the job? Resch just like Outlaw was not supported by this weak ass Mayor and no one can be successful in this job just because he is a nice guy. And God bless Herndon and Hopson but this is one time I wish they would stay in their lanes and do social work. It is mind-blowing to me that Larry Anderson, Kevin Modica, Vince Elmore, Harry Jackson, Derrick Foxworth were not at the podium talking about the intersection between police and the black community. And where are the young black leaders who forced everybody’s hand?

8 thoughts on “Weak Mayor brings Calamity to the Black Community”