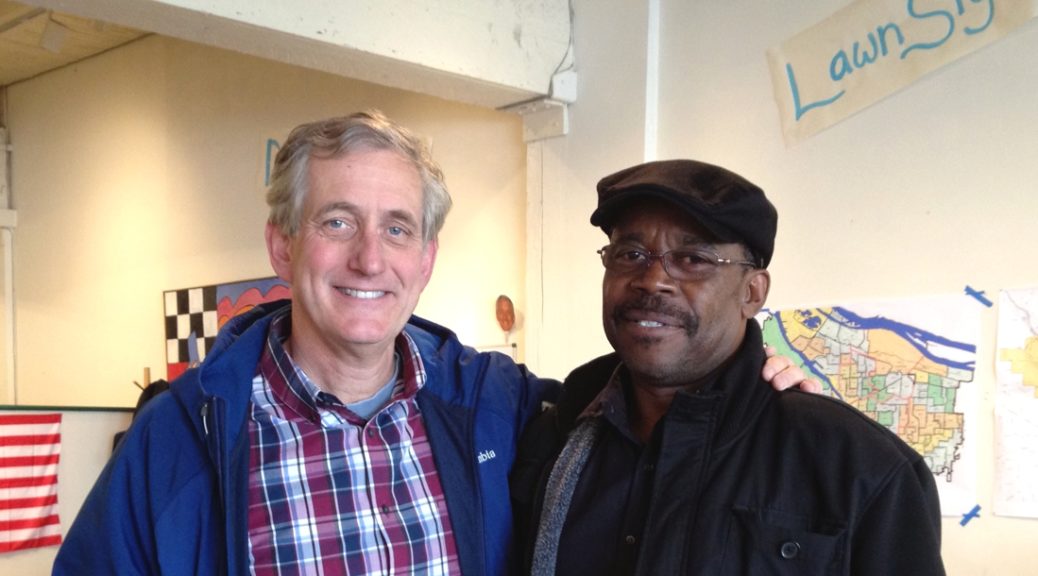 People ask me why I am supporting Charlie Hales for mayor. The answer is real simple: he’s the most qualified candidate in this field.

Both of his major opponents strike me as good people motivated to do right by Portland if elected. The problem is good intentions are not enough. I don’t think either Eileen Brady or Jefferson Smith has a clue about what a beast of a job it will be to lead Portland city government. So I have to shrug off the tendency to embrace Brady’s infectious optimism and business credo. And I also have to be real about Jefferson Smith’s lack of management credentials when tempted by his populism and common-sense rhetoric. Brady and Smith might have a small inkling about the ingrained bureaucratic structures cultivated by previous mayors and commissioners, not to mention the legion of power brokers inside and outside City Hall. The city attorney’s office is a case in point. That office is probably the most powerful unelected policy-making body in all of City Hall. Even quick-study candidates need considerable time, background and skill to understand the inherently biased direction of this otherwise-underrecognized office that does damage to everything from minority contracting to housing policy. Our problems are too urgent for the community to have the luxury of candidates who need a learning curve.

I’m endorsing Charlie because my greatest hope is that Charlie has learned his lessons. Although he had a less-than-spectacular record addressing issues affecting communities of color when he was a city commissioner,  I have hope he will get in there as mayor and cut through all the crap and get something done that will resemble something like real equity of opportunity for people who have been left out for so long. The key to my endorsement is how long minorities have been in a rut. We don’t have any time to waste orienting a new mayor to the politics of placating cronies and obfuscation. Placing my bet on Charlie does not mean I think we will win the Lotto with his election. It just means our odds are better because he knows the game and there are no excuses.

One thought on “Why am I supporting Charlie Hales for mayor?”